Home Dungeons and Dragons Cataclysm of the Primordial Orders Princes of the Apocalypse, Kind of 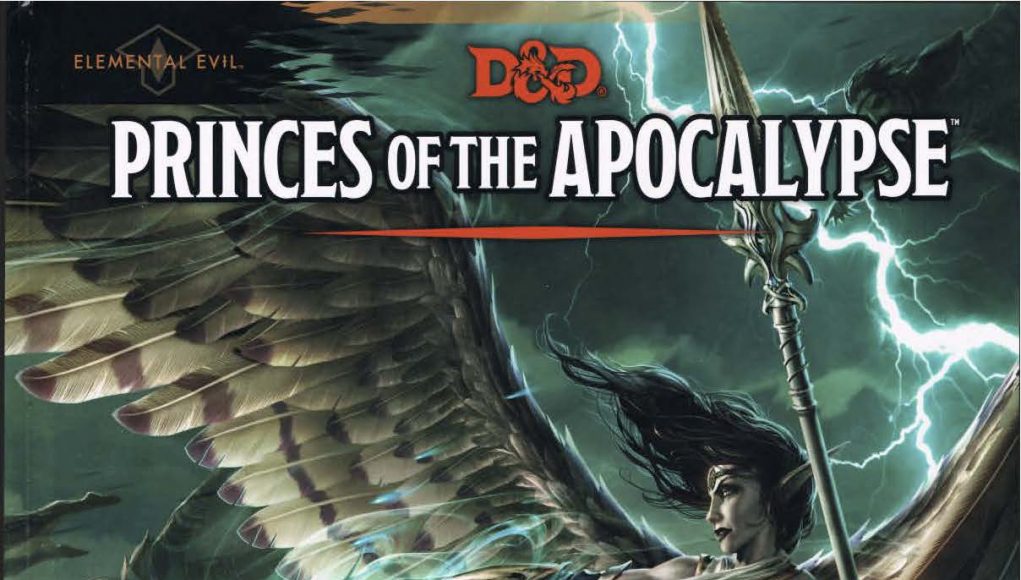 I recently started a new campaign. It is all in person with a very large number of players. The age of the players ranged from pretty young, old fogies like me. We all had a round table to figure out what the group would like to see in a campaign, and what their specific interests were. It was fair unanimous to start off with some sort of module with some home brew thrown in. Since this was our first time all playing together, we needed some time to get to know each other to figure how each person ticks.

I dug around and looked at the different “canned” modules. From anything from Wizards of the Coast developed, to third party, to old D&D, anything was on the table. No module is perfect, no matter the vendor. Anything that i was going to run would need to be updated, modified, and corrected in different ways. I have always been a fan of the old Temple of Elemental Evil. There is a revised version of the old module being sold by Goodman Games. It is a massive two volume set. They have several others, and a lot of the material, while interesting, has not aged well. There was also a fully rewritten and revised version now called Princes of the Apocalypse.

I chose that one to start with. After spending more than a week digging into comments as well as reading the book several times, it was evident that there were issues that needed to be worked out. It needed to be massaged, it needed some tender care, and a good beating all at the same time. The new version, my version, is called Cataclysm of the Primordial Orders. Pretentious is it not?

Well, this will be the story of the game we played. I’ll post the player side of things and assuming we finish it, I’ll eventually publish the DM’s side as well. A lot of new material has been carefully curated and imported from just about any source I could grab copies of. The framework of the module is the same, but there are a lot of little updates, story changes, and additional quests that just do not exist in the original. I am looking forward to my new party exploring and adventuring in this new world.

There will be a far amount of borrowed content including notes from other DM’s, artwork (I was very haphazard in my initial grabs of art), maps, and anything else that looked good. Some were taken nearly verbatim, while others took a lot of changes to make usable.

evil.curmudgeon@gmail.com - 2020-05-02 0
During a somewhat recent game with my senior team, an interesting misbehavior occurred. Not of the players, but from the monsters...