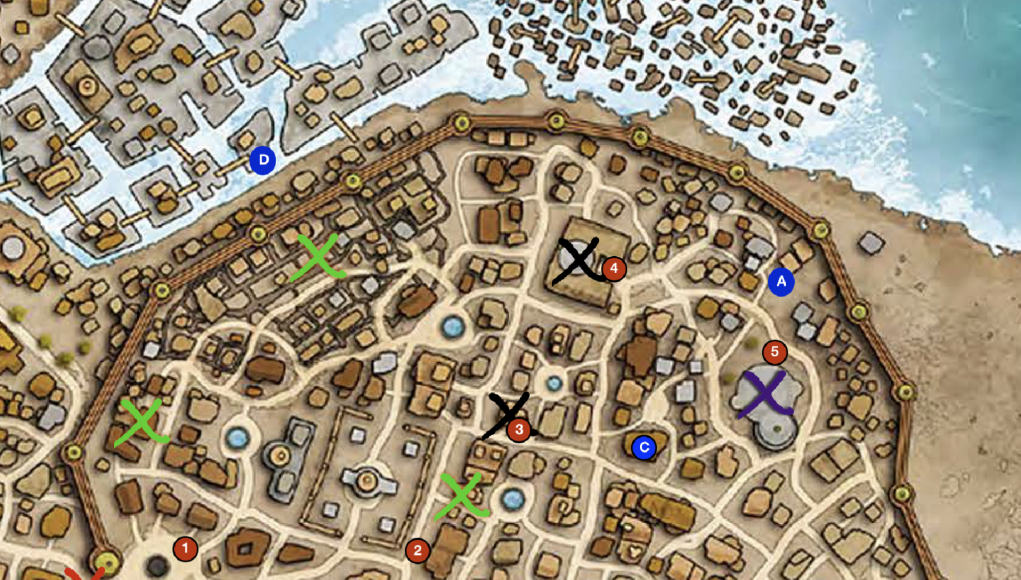 Today I plan on talking about how the play changed, improved or not, since we now had the TV installed. Just getting the TV installed the first time really had me excited and dreading all the extra work that I would have to go through to actually change most of the game play to an electronic map from the standard mat on the table.

I have already spent a lot time describing the first install, so I will not repeat any of that. In fact even the second install was documented.

To VTT or to Graphics Program

Once the new TV was installed, and while I was excited to get started, I realized that after poking at the different VTT software packages, primarily Roll20, MapTool, and Fantasy Grounds, I knew I wanted to start off more simply. While there is a laundry list of possible packages and several under development, I just did not want to spend the next year going from one to the other and using my players as the test subjects. I also did not want to have to spend 40+ hours watching YouTube videos just to get started.

I know that I will eventually go back and revisit the tool sets available and hope for more of that real automation feel and have something that can handle more of the game master work so I can focus on play and not as much the details of execution.

What I ended up using was Pixelmater. While not as nice as Omnigraffle for basic drawing, it did have the layer tool as a separate window. This means I can have the images on the TV and the layer tool and other tools on the game master screen. This separation was very important to allow me to have control of images on a different screen than what the player would see. I seem to remember that most graphic tools used to have the different tools in separate windows, it seems that in the last ten years they have all been going for a more unified interface removing this capability that I suddenly needed.

I could now, and somewhat crudely, now draw the different fog of war black boxes on different layers allowing me to hide the box revealing the map beneath easily. Of course, that was one hard lesson that I learned early. Make sure you label your layers appropriately and clearly otherwise you will spend time spinning around trying to find out which room you want to reveal. Then there is also the possibility of multiple layers depending on how the players entered the room. Some of the first tests had high complex and detailed black boxes and that was nearly a complete failure.

And then there were the traps and secret rooms. I needed to work on trying to map similar texture to cover those as well. You can see below with a real module map. And yes, some of my black boxes did not all align perfects. The next map turned out much better. Some of you may recognize this map from the Mummy’s Mask Chains of the Silver Encounter.

I also ended up adding in more “Fog of Black Boxes” in areas where there was nothing but blank areas. This was to hide what might have been guessed by the players on what the future spaces and rooms might have foretold.

And this was mostly the limit of my VTT experiment. It was solely to act as a replacement for the old mat that we used to draw on manually. It was crude, it was ugly, but it worked and did not require huge amounts of effort and time to get working. In less than a week, I went from a mat on the table and drawing the spaces to having moved all the maps to the TV. I spent less time overall with drawing little black boxes than I did with drawing on the mats. A good exchange overall. Better yet, it allowed to take some of the map assets and enhance them in different ways.

As an example, still in the Mummy’s Mask module, the city of Wati:

Being able to annotate spots on the map quickly and easily and having each one be a separate layer allowed me to show encounters, locations and such as they figured out more of the story. Having this map fill almost the entire screen was pretty awesome.

So, did game play change very much with the final TV installation? Not really. The last installation was more of a more permanent installation than any real change to the flow of play or game mastering. The gear moved around a little, cooling was fixed, but beyond that everything else fundamentally remained the same.

I think that everyone agrees, especially the players that game play feels much better. The maps are much more accurate since I can use the ones straight from the module. Does it flow any faster? No. But it has added a color flavor that was missing previously and has made playing much more enjoyable. While preparing the maps is a bunch of work, it now allows me to more easily re-use maps in different and interesting ways, especially when something can be used many times such as the city map. I can add in elements over time slowly revealing the information to the players.

It was so worth the time and money to put all of this together and I have really enjoyed it a lot. Now I just need time to get one of the real VTT programs running. So far I have not been impressed with any of them working well, and they are overly cumbersome in places that just does not make sense. Maybe next time.